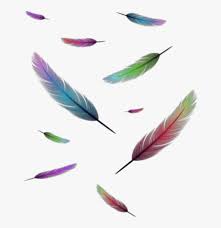 I had my sixth and final scheduled round of chemotherapy for uterine cancer almost two weeks ago. Treatment is never a straight path and mine was no exception.

Over the past several months, I have chronicled those experiences, but I realized that I had missed something. In fact, I had missed an entire side of the story.  What about the caregiver when something like cancer strikes? What is that point-of-view as they move through the exact same time period and challenges faced by their loved one? There are probably as many answers to that question as there are caregivers, but I knew I had one to share: the story of my own caregiving husband Dennis.

I recently asked him if he would be willing to share some of his thoughts and insight on this topic and he agreed.  Before the conversation begins, I want to clarify that I am in my 60’s and Dennis is in his 70’s. We are retired which undoubtedly gave us an advantage. Neither of us were juggling work schedules and/or younger children. We could focus entirely on the illness and getting through it. In this regard, we recognize that we were lucky.

“I was diagnosed with stage 3/grade 3 cancer last November” I began. “What do you remember from those early days and weeks?”

“Well, one of the first things I remember is that day when we heard the word “tumor” for the first time once the results came back from your first surgery. It was awful. No one wants to hear that. So, on the way home, since we kept saying the word “tumor” a lot, we were reminded of the scene in the movie Kindergarten Cop, where Schwarzenegger says “I don’t have a toomuh” and we started to laugh and repeat it over and over. It wasn’t making light of it, the laughing was a way to help us cut through the stress” Dennis recalled.

“I agree how funny that was, and I guess it opened a path for us, that as scary as it was, that we would handle cancer as we handle many things – with humor. At least, as much as possible” I added.

“But yes” Dennis continued. “What I do remember is that I was very worried because of the word cancer. I didn’t know what to expect. The oncology surgeon said you needed surgery (hysterectomy) and I was worried that something could go wrong during it. When the operation was over and everything was explained to us, like how the doctor didn’t see any cancer in the CT scan, or in nearby tissue during the actual operation, I grew less worried. It was also comforting to me to have (our son) Will in town. We waited together through that surgery, and listened to the doctor together. I know he was here to help you but it helped me quite a bit as well” Dennis confessed. “I would say that offering any type of support to a caregiver is a very positive thing.”

“So, before COVID, you were with me for everything. You went to all my doctor appointments, you sat with me in the infusion suite. And you handled everything in the household too. Be truthful, how hard was that on you?” I asked.

“Well first, after the surgery, your main thing was to take care of your body and heal. No heavy lifting etc. Really, chores and shopping kept me busy, which was a good thing.” Dennis replied.

“And when you started to see the medical oncologist, and prepare for chemo, I was glad to be with you to know what the doctor was saying. I had questions too. I wanted to be with you, to support you.

“But those couple of meetings were pretty short” I interrupt. “For one thing, I’m thinking about those first chemo rounds. They were long days. You would sit, literally just sit with me for 7-8 hours each time.  I kept saying “I’m sorry, this is so long and such a pain” and you replied over and over “where else would I be?” That was the single most supportive reply I remember to this day.”

“And it’s true” Dennis confirmed. “I didn’t care at all about missing out on months of some of my pastimes, you needed me. Actually though, I thought you were very strong which made it all easier for me.”

“Also, you only seemed to have a harder time for maybe 4 days (within a 3 week cycle) so to me it was almost like I was just taking care of you when you might normally be sick, like with the flu or something. I felt like the time moved pretty quickly although I know that it was different for you” Dennis concluded.

“How did you end up helping me regarding my hair loss?” I asked, changing the subject.

“The wig lady had mentioned that you could visit her and get it shaved when you were ready. But you surprised me.  I walked into the bathroom that morning and you were just cutting your long hair off with scissors. I asked “Is the next step shaving?” and you said “yes.” It was very spontaneous. It made me feel good that you had confidence in me to help with this particular challenge.”

“And when I was actually doing it, I’ll admit that it was a weird sensation” Dennis shared.

“First, I cut it even shorter with the scissors and then continued on with the clippers and literally just buzzed it all off. You basically went from a full head of hair to bald in 20 minutes. And I didn’t know how you were going to feel about it. But you just stood there looking in the mirror. You were very strong about it.”

“And for me, as the days went by, it was more like, without your hair, I got to focus more on your face and not having hair just didn’t matter that much. I told you how pretty your face was, and is. At some point, I just stopped seeing the baldness.”

“We were very lucky that the location for both chemotherapy and radiation was less than ten minutes from our house.  I obviously needed your help on chemotherapy days, but I had planned on driving myself to radiation five days a week for those six weeks. I mean, the treatment takes 5-6 minutes. How did you surprise me?” I asked.

“And boy, the side effects (intestinal) from radiation hit you hard; continuing even after the treatment was over” Dennis recalled.

“It was sort of adding insult to injury. My driving you was the smallest thing I could offer, as well as a lot of trips to the store to get over-the-counter and prescription meds for you. We didn’t realize it, but you had become really dehydrated. You drank water, but it’s like you couldn’t catch up.”

“Which takes us to the other significant problem from treatment” I started….

“Yes, the kidney thing was very scary” Dennis responded right away. “One minute, we are meeting virtually with the chemo oncologist to start up the last 3 rounds after radiation and the next minute he’s saying “come over for a stat CT scan and a stat kidney flush. In fact, I want you to have 2 flushes on back-to-back days.”

“But it delayed my chemo for 7 long weeks which was depressing for me. The more the start date was extended, the more difficult it became to think I could do it. Mentally, I was sort of closing the door that it was even needed” I confided.

“I didn’t mind the delay because I was focused on your kidneys” Dennis interjected.  “My dad had gone through dialysis and I remember how difficult that could be. But I tried to encourage you with the upside that you felt good, that you had more energy from those flushes. Unfortunately, a lot of fun activities were limited because of COVID, but we could pass that time with some things like a walk on the beach, riding bikes, or buying plants for your garden. They were things that would mentally make you feel better. And the time finally arrived, and you got through the last three rounds. In fact, you went through it alone because I was no longer allowed to be with you. You did it!” Dennis offered encouragingly.

“Yes, but I hated that. We texted a lot though” I responded with a smile.

“So, we are at the end of treatment. What do you think about now?”

“I’m a pretty positive person so I choose not to go to the “what ifs”, but I know it’s not over yet in terms of scans and check-ups. I know there’s more stuff for you to go through. I know it didn’t sound good when we first heard the news, and I still try not to think about the fact that a grade 3 is an aggressive cancer. I know there is a possibility that it could rear its ugly head. I could certainly worry, but how would that help you?” Dennis questioned.

“As an experienced caregiver now, is there any advice you think you could share?”

“I don’t feel like I’m an expert at all to pass along any advice. But the bottom line for everything is I try to do whatever I can to make your life a little easier, to make you feel a little better. That’s it.”

My experiences and updates throughout treatment can be found here:

15 thoughts on “A Candid Conversation With My Cancer Caregiver Husband”