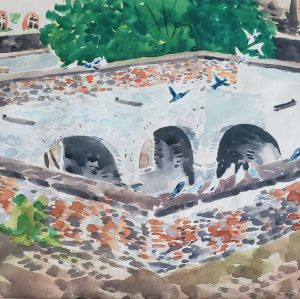 Features-Conversations-Every Day's A Story To Me

“Hi Mom, I wanted to tell you that we’re going to see you soon” I shared in a recent phone call with my 91-year-old mom Ginny who lives in memory care. It was the first time we had talked in five weeks. Her residence had experienced a heavy Delta variant surge which left many residents … END_OF_DOCUMENT_TOKEN_TO_BE_REPLACED

Ginny called today. I should lay out the back story first. It begins about three years ago. She had a young woman named Carly as a next-door neighbor. Carly had a boyfriend who often stayed with her. Apparently, they would occasionally play music late at night which woke her up. Since sleep is a huge … END_OF_DOCUMENT_TOKEN_TO_BE_REPLACED